The snowdrop is one of the earliest flowers to appear, even in a hard winter. The pure white blooms anticipate the eventual arrival of spring and attract affectionate common names such as February Fair Maids, Dingle-dangle, Candlemas Bells, Mary’s Taper, Snow Piercers and Flowers of Hope. Compton Valence in West Dorset is known for its fine snowdrops so, a few weeks ago, I went to have a look.

The Roman road following the ridge westwards from Dorchester towards Eggardon is comfortingly straight but I had to leave the old road behind; I was looking for the hidden, wooded valley containing the village of Compton Valence. I headed downhill through trees along a steep track lined with creeping ivy and lush ferns and eventually emerged from the tunnel of trees near the village hall and church. A banner hung outside the hall depicting the star of the show and all around me was the real thing: snowdrops growing on grassy roadside banks, by the busy stream, in the churchyard and in cottage gardens, their pure white flowers gleaming in the low winter sunshine of a February morning. Many grew in defined clumps, some merging in to snowy drifts cascading down grassy banks like drippy, white icing on a cake. 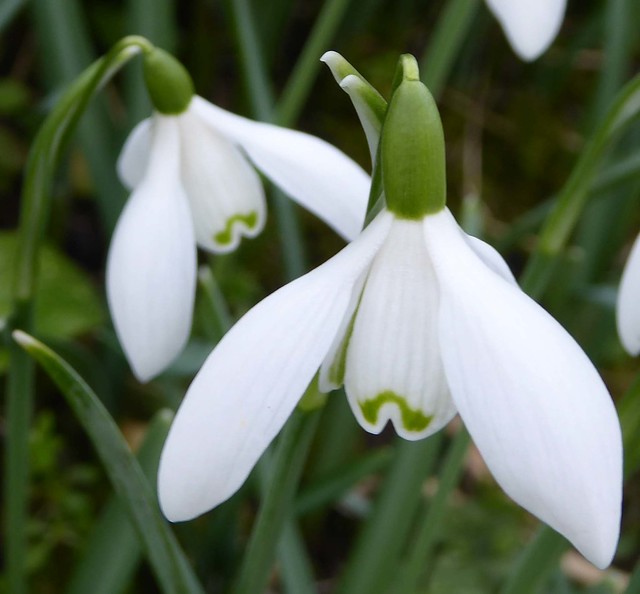 At this time of year, the bluish-green leaves are inconspicuous and it is the bell-shaped, pure white flowers that grab our attention. They hang from the stem on a slender green thread or pedicel so that a cool breeze cutting across the valley causes the flowers to shake and dance like revellers at a rave. Most of the blooms in Compton Valence that morning were open, displaying the satisfying geometry of their construction. Three white outer segments, convex and long enough to enfold the flower when closed, grow symmetrically about the centre of the flower. When they open, they splay outwards revealing three shorter inner segments also growing symmetrically but offset so that each inner segment appears between a pair of outers. The inner segments bear distinct external markings, bright green, that might resemble a handlebar moustache or, more prosaically, a small bridge. Internally they are decorated with parallel green stripes, like signposts for any pollinators about at this time of year.

The Compton Valence snowdrops are celebrated each year in February when, for two weeks, the village welcomes visitors by offering teas, coffees and lunches in the village hall. I spoke to Tessa Russell who was in charge that day and she told me that her great uncle Will (William Chick) had encouraged the snowdrops by dividing clumps in nearby woods and planting them along the village street. She and her sisters, Pippa and Sarah have continued dividing and planting so that the flowers we see today are all descendents of the original woodland variety, most likely Galanthus nivalis, the common snowdrop. The Compton Valence snowdrop celebrations have been running for more than ten years, organised by the three sisters but with invaluable contributions from everyone in the village.

The snowdrop is often considered to be a wild flower in the UK, but there is now general agreement that it was introduced, perhaps by the Normans and that “wild” snowdrops are actually garden escapees. Galanthus (the name coming from the Greek for milk-flower) are native to Europe and the Middle East and are found from Spain in the West to Iran in the East with many species originating in the Eastern Mediterranean and the Caucasus. There are 20 distinct species of Galanthus and many different cultivars with recognised characteristics. Snowdrops became fashionable in the UK in the 19th century and it is thought that survivors of the Crimean War brought bulbs back with them. Snowdrop collecting also occurs nowadays and some “Galanthophiles” pay hundreds of pounds for a single rare bulb. 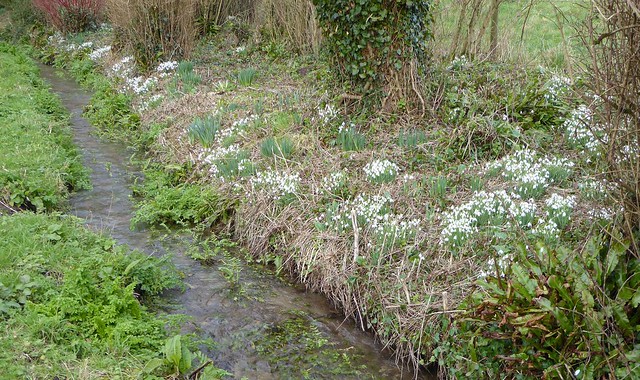 One of the common names for the flowers, Candlemas Bells, hints at their association with the ancient festival of Candlemas (February 2). This was the pre-Christian festival of light celebrating the mid-point of winter, half way between the winter solstice and the spring equinox and in the early church it came to be the day when candles were blessed. Candlemas also celebrates the purification of the Virgin Mary and the presentation of Christ in the temple. The pure white snowdrop seems an ideal flower for these rituals and was cultivated by religious foundations for decoration at Candlemas; it is no accident that many impressive displays of the flower nowadays are near former monasteries, abbeys and churches. 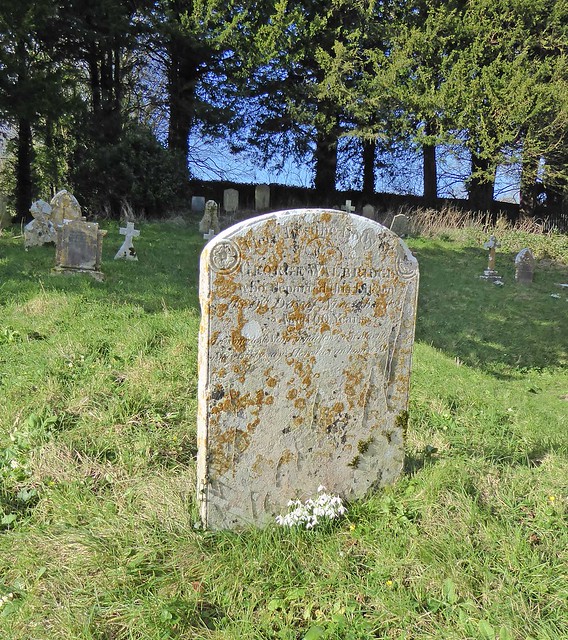 Western European folk medicine makes little mention of the snowdrop and we need to look to Eastern Europe, where the plant is indigenous, for the recognition of its useful properties. Anecdotal reports suggested that peasant women living at the foot of the Caucasus Mountains in the 1950s used preparations of snowdrop as a successful treatment for polio in their children. These and other observations stimulated work on the plant and, in time, an active chemical, galantamine, was isolated by scientists working in Russia. Galantamine was shown to enhance the effects of a natural brain chemical, acetylcholine, and was used in Eastern Europe to treat a variety of neurological and neuromuscular conditions. Further research in the west led to the development of galantamine to treat symptoms of mild to moderate Alzheimer’s disease and it is now a recognised therapy for the disorder.

So, there are many reasons to love snowdrops but I suspect their emergence in the middle of winter, at a time when few other flowers are showing, gives us hope; the seasons are moving onwards, spring will come, the sun will shine …

This article appeared in the March 2016 edition of the Marshwood Vale Magazine.

Compton Valence is a few miles west of Dorchester in the county of Dorset in the south west of the UK.  I visited Compton Valence on February 3rd 2016.

10 thoughts on “A snowdrop celebration in west Dorset”