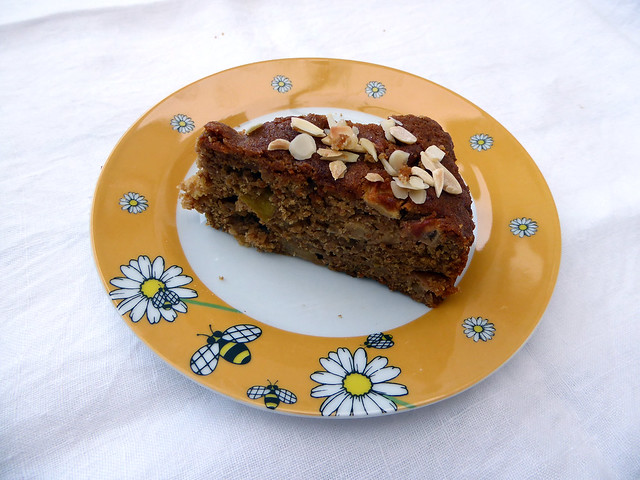 4 medium Cox apples, cored but not peeled, then diced (The apple flavour may come through better with a tart cooking apple, but I followed Felicity’s suggestion of Cox’s) 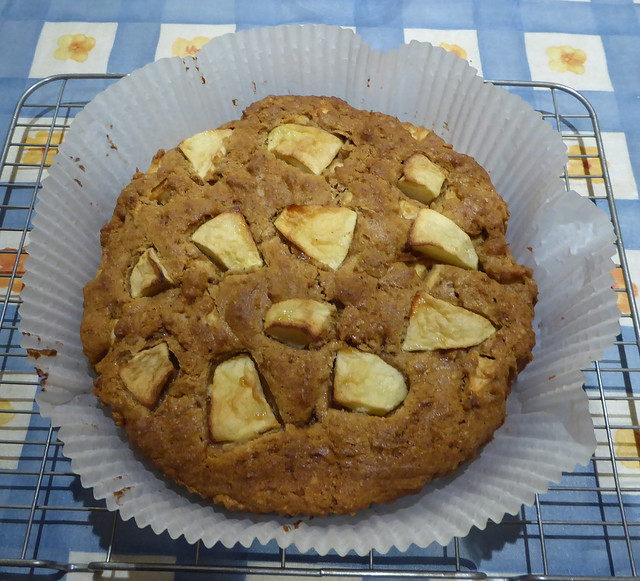 Natural yoghurt (1 tbsp) (this was an addition suggested by Hazel to make the cake more moist, it could have taken more)

Cooking apples, peeled and cored (225g roughly chopped (in the cake), 90g chunks (each chunk about one eighth of one apple) for the top))

Melted butter for brushing the top 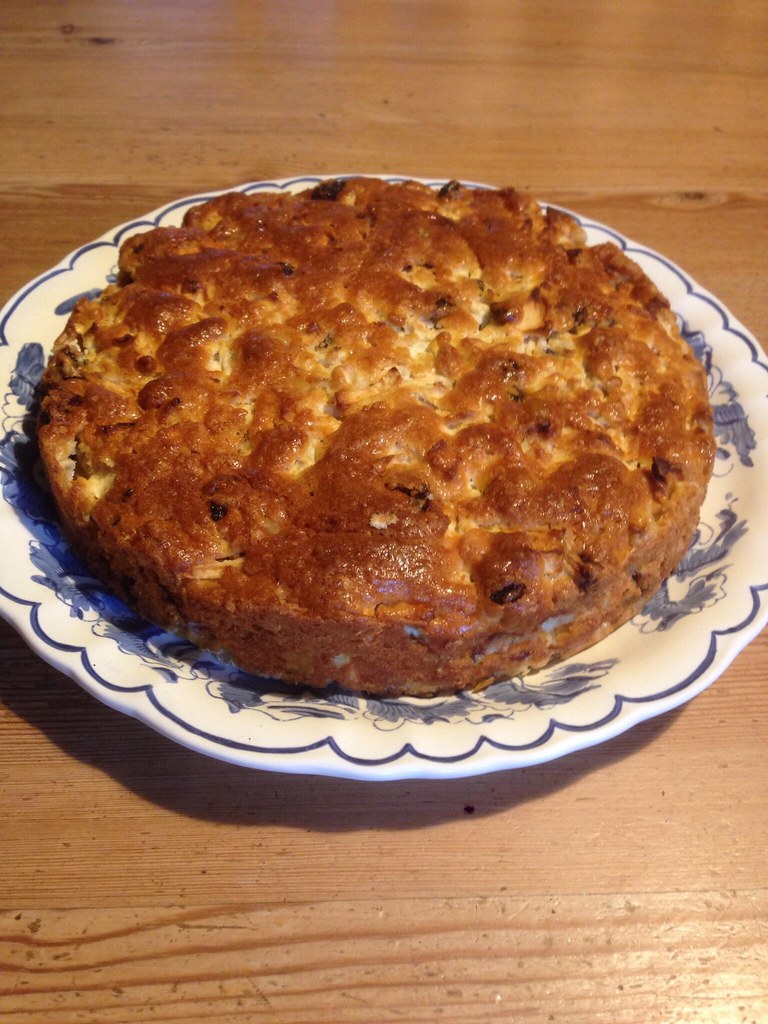 Richard told me that  more than 20 years ago he attended a “cooking for men” evening class locally during which the tutor Mary gave participants a range of recipes in her copperplate hand, including this simple and foolproof recipe for Dorset Apple Cake.