This piece is from the July edition of the Marshwood Vale Magazine.  The Magazine is published in Bridport so the piece has a Dorset focus.

Hardy’s “Under the Greenwood Tree” contains an amusing but surprising description of honey-taking in 19th century rural Dorset.  Honey-taking in those days could be a risky business so Geoffrey Day and his family start by killing all the bees in the hives using a sulphur candle.  They can then take the honey without being stung.  From the viewpoint of the 21st century, this may seem rather harsh but life was harsh then; wildlife was seen to be at the disposal of humans.   Although beekeepers no longer kill their bees to collect honey I don’t believe our attitude to nature has really changed and we still take for granted that wildlife will always be there irrespective of what we do.   That assumption is now looking increasingly shaky.  Bees, in particular, are in trouble and it may be because of our actions. 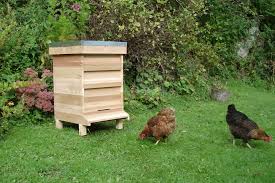 Let’s first look at the scale of the problem in the UK.  The number of honeybees in managed populations declined by half between 1985 and 2005 and wild honeybees are virtually extinct.  Two species of bumblebee have become extinct and although some are doing well, several species are found at much lower levels.  The number of solitary bees has also decreased.   It would be foolish to ignore this decline as so many plants depend on bees for pollination.  Bees pollinate up to three quarters of our most vital crops and favourite foods and it has been estimated that without bees it would cost UK farmers £1.8 billion each year to pollinate crops.   Bees are also essential pollinators for our gardens, parks and countryside.  Without bees, not only would food be much more expensive but our countryside would look entirely different.

Several factors contribute to the decline in the bee population with habitat loss, climate change, pathogens and insecticides at the top of the list.  Changes in farming practices over the past half century have lead to losses of habitat for wild bees.  Since the 1930’s there has been a 97% loss of hay meadows in favour of silage production for livestock fodder over winter.  Hay meadows contained a rich mixture of grasses and flowers, providing an excellent source of bumblebee forage that does not now exist.  Warming of the climate may bring problems for bees.  New species of bee may be migrating north and these may compete with native species.  Warming could also affect the timing of plant flowering and bee emergence after the winter so that wild bees may emerge before or after ample forage is available.

Managed honey bees are now affected by several pathogens that can cause substantial colony losses.  Many consider the Varroa mite to be the worst offender.  This parasitic mite lives on bees, weakening or killing the colony and also bringing viral infections.   Bees also suffer from Nosema, a fungal pathogen that causes dysentery.  Dealing with these diseases adds to the expense and difficulty of beekeeping and may discourage people from becoming beekeepers. There is an additional concern that these diseases of managed bees may spread to wild bees.

Many people are concerned about the effect of insecticides on bee health.  In particular a group of insecticides called neonicotinoids are coming under scrutiny.  These are very widely used on a range of crops such as rapeseed to kill insect pests by poisoning their nervous system.  Unlike other insecticides, the neonicotinoids are used systemically as well as being used as seed dressings.  Either way, the insecticide is present throughout the plant which is then poisonous to the insect.    There has been concern that the poison might be picked up by bees as they collect pollen or nectar and this could contribute to the decline in wild and managed bee numbers.  The makers of the insecticides claim that the products are not harmful to bees if used correctly although not everyone agrees with that conclusion.  In France, Germany and Italy these insecticides have been banned as seed dressings because of effects on bees.

The issue of neonicotinoid insecticides and bees has been rumbling along for some years but the controversy was reignited recently by new studies performed under field conditions.  Previous studies on the effects of neonicotinoids were done under artificial laboratory conditions, but the new work showed that these insecticides can very adversely affect bees under field conditions.  The findings were featured in the mainstream media and occasioned a flurry of letters to the Guardian including one from Bill Summers of Sturminster Newton.  Bill has been a beekeeper for 40 years and I spoke to him about the problems facing bees.  In his view, bees are suffering so many threats it is like a “Perfect Storm”.  For the managed bees, his solution is to think carefully about their health and to try to maximise it.  He has even developed a new hive, the ZEST hive, designed to make life easier for the bees.

The efforts of individual beekeepers are crucial for protecting managed bees but we also need government to take account of the problems facing both wild and managed bees when framing policy.  Friends of the Earth have recently begun a campaign to protect bees – “The Bee Cause” which includes simple actions like growing wild flowers to encourage bees.  They have also released a report entitled “The decline of England’s bees”.  The report summarises the problems and makes clear recommendations about policy.

I do hope government listen.  Bees need protection for the future.  We need to recognise that nature is not disposable or to be taken for granted.  Our future depends on learning to live side by side with wild life.

13 thoughts on “A “Perfect Storm” for the bees”